Manasarovar Lake – One of the Great Three Holy Lakes of Tibet 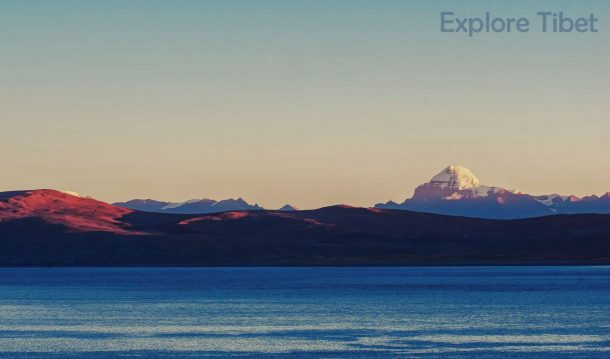 One of three sacred lakes in Tibet, Lake Manasarovar, which lies in the far west of Tibet, close to the sacred Mount Kailash, is one of the highest lakes in the world, lying at an altitude of around 4,590 meters above sea level. Located in the Ngari Prefecture in western Tibet, Lake Manasarovar, also known as Mapam Yumtso, is revered as a sacred place in Tibetan Buddhism, as well as Hinduism, Jainism, and Bon. However, Lake Manasarovar, the sacred lake, is widely regarded as a sacred place of pilgrimage and is believed to be the place where Maya Devi conceived Buddha. In Sanskrit, Manasarovar means “lake of the mid”, and the Hindus believe that the lake was created in the mind of Lord Brahma, who manifested the lake on earth. The lake is believed to be the personification of purity, and both Hindus and Buddhists believe that to drink or bathe in the waters can wash away the sins of an entire lifetime. Traveling to Lake Manasarovar is normally done as part of a longer trip, which includes Mount Everest and Mount Kailash, as well as walking the kora around the nearby sacred mountain. Lying around 1,168 kilometers from the Tibetan capital of Lhasa, a trip to the lake normally takes around 14 or 15 days and can be done on one of our 15-day Mount Kailash Group Tours.

A trip to the lake is a spiritual journey, and with the inclusion of Mount Kailash, something of a journey of discovery. The lake has been a spiritual place of pilgrimage for thousands of years, and lies in its own natural basin, surrounded by fertile grasslands that are filled with Tibetan wildlife. The route from Lhasa to Lake Manasarovar is a long one, that begins with a tour of the highlights of Lhasa. Once outside the capital, you will follow the G318 National Highway, also known as the Sino-Nepal Friendship Highway, through Gyantse and Shigatse and past the area of Mount Everest, where many tours take a short detour to visit the world’s highest mountain. From there, the road changes, and the route follows the G219 from Lhatse, which heads northwest through Saga, the last decent town before reaching the lake. Part of the route even follows the Yarlung Zangbo River Valley in its upper reaches, through Zhongba County of Shigatse Prefecture.

Lying in the far west of Tibet, Lake Manasarovar is not a place that can be visited all year round, and from late November, the route to the lake is hard to travel, due to the extreme climate in Ngari Prefecture. Temperatures are low, often below freezing even during the day, and much lower at night.

Spring and autumn are the recommended times to travel to the lake, as the weather is crisp and clear, with little to no rain and clear skies. Spring temperatures are warming up, as the sun and warmth melt the snows and ice of the lake, giving rise to spring blooms and sunny days. Nights can still be a little cold in the spring, but a good sleeping bag and some warm clothing will make it comfortable enough to travel easily. Autumn is a little warmer than spring, as the monsoon season has recently ended, and the winter cold has not yet arrived. The landscape is lush and green from the last of the summer rains, and the autumn leaves turn to gold and red and brown as they fall to the ground. Summer is still a great time to visit the lake, although you cannot guarantee clear skies and good weather for sightseeing or trekking. While summer is the monsoon season in Tibet, in Ngari Prefecture, little rain actually falls thanks to the “shadow effect” of the Himalayas protecting the area from the Indian Monsoon. What little rain does fall, normally comes in the evenings and overnight, leaving most days being warm to hot, and sunny, albeit a little humid. Take some rain gear, just in case, and enjoy the warmer temperatures of the Ngari Summer.

Traveling out into the far west of Tibet means more permits and more requirements. Independent travel is not permitted in Tibet, and once you have booked your tour with us, we can make the applications for your permits and passes. The first thing you need is the Chinese Entry Visa (unless you are entering Tibet from Nepal), which can be obtained from your local Chinese Embassy. Once you have this, we will make the permit applications using scanned copies of your passport and visa.

The Tibet Travel Permit is the first permit you will need, and is required for travel to Tibet, and touring in the Lhasa area only. This permit can take up to 20 days to process and receive, and once completed, will be sent to your hotel in China, as you will not be able to board the train of flight to Lhasa without it. Tourists were having fun at Lake Manasarovar in Tibet

The other permit that requires a longer application period is the Restricted Areas Permit, also known as the Military Permit, which is required for travel to the unopened and military restricted areas of Tibet, which is where Lake Manasarovar lies. This can also take around 15-20 days to process and will be ready when you reach Lhasa.

The Alien’s Travel permit is the second permit required for Tibet and allows travel in the opened areas of the region outside Lhasa. Required for travel through Shigatse and to Mount Everest, it is normally applied for in Lhasa, and processing takes around an hour. Your original passport and Tibet Travel Permit are required to process this, and we will make the application on your behalf while you are touring the capital.

The Frontier Pass is another requirement for travelers to almost all of western Tibet and is required for all travelers touring in the areas of China’s borders with Bhutan, India, and Nepal. Since both Mount Everest and Lake Manasarovar lie in areas close to the Nepali and Indian borders, this will be processed in Lhasa while you are touring the capital using your original passport and Tibet Travel Permit at the same time as the Alien’s Travel Permit.