Travel to Tibet: Is Tibet a good place to visit? 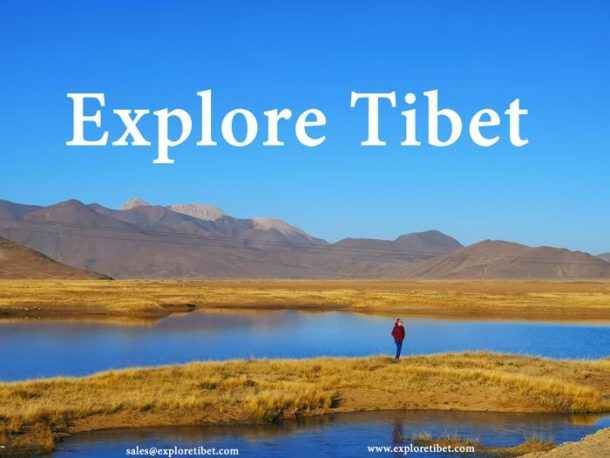 One of the most asked questions by people thinking of traveling to Tibet for the first time, few people realize just how amazing Tibet is. A land of extremes in the landscapes, culture, religion, and weather. There is no place on the planet quite like Tibet. And while some will tell you that visiting Tibet at this time is not a good idea, there has never been a better time to head for the great plateau on the roof of the world. One of the most remarkable tourist destinations in Southeast Asia.

Main Reasons to Travel to Tibet

People travel to Tibet for various reasons, mainly the fantastic landscapes, such as Mount Everest, the world’s highest mountain. But there is so much more to Tibet than the mountains of the Himalayas. The landscape is probably the most stunning on the planet but adds to that the unique Tibetan religious culture. The outstanding buildings have been standing for more than 2,000 years and are still in use. Tibet a place to experience one of the oldest Buddhist cultures in the world at the same time. Realistically, there is no real reason why you should not visit Tibet.

Tibet has some of the planet’s most stunning landscapes. The incredible height of Mount Everest is the pinnacle of supremacy when it comes to mountain vistas. Standing at an elevation of 8,848 meters above sea level, it towers over the plateau like a god looking down on his children.

But there is more than just Everest. Thousands of high mountains ring Tibet’s western and southern borders, stretching from Pakistan to Yunnan and Sichuan Provinces of mainland China. And if that is not enough, the plateau’s interior also has some majestic mountains, such as the stunning Namche Barwa, at the end of the Yarlung Zangbo River before it heads into India and becomes the Brahmaputra. Or the world’s most sacred mountain, Mount Kailash, held as sacred in four religions and one of the few mountains in the world that have never felt the tread of human footsteps. And then you have the stunning lakes, in their thousands, that cover the Tibetan plateau.

From the great saline lakes that cover most of the plateau to the rarer freshwater lakes that can be found in certain places. Held to be as holy as the mountains in Tibetan Buddhism, these stunning high-altitude lakes have become one of the major selling points for Tibetan tourism. The fantastic landscapes of Tibet make the Tibet tour more memorable. Most tourists say travel to Tibet is one of the best decisions ever made, and it was truly worth it.

Suppose you have interested in learning about different cultures. Then you will find no culture more different from what you know than the unique Tibetan culture. A hugely devout Buddhist land, Tibetans bring their unique religion into every aspect f their daily lives. So much so that it is often hard to distinguish where the religion ends and the Tibetan culture starts. But both have intertwined that one could not exist without the other.

Tibetan Buddhism is as unique as the Tibetan people themselves, and while Buddhism may have come to Tibet from India. But now, it is ultimately a separate religion from that taught initially to the pilgrims who made the long journey to India. Tibet has made Buddhism it is own. There is nowhere on earth that you will find such devoutly religious Buddhists as on the Tibetan plateau.

From the ritual pilgrimage that many Tibetans make to the holy sites across the plateau to the devotion to Buddhism in their everyday lives. Including how they eat, drink, and live. In Tibet, you will learn more about this ancient religion than anywhere else. Traveling to Tibet is like an educational tour for most explorers and travelers.

We all know that Tibet is famous for its monasteries and the Tibetan monks in their stark burgundy robes. The Tibetan plateau has covered with monasteries, and no two are alike. Every monastery that has ever been built on the table is wholly unique. There are no copies, so every sanctuary you visit will be a completely new experience. Different architecture, different statues, different paintings, murals, and thangkas, and different locations. F the high mountain monasteries to those found beside the rivers in the many valleys across Tibet.

However, they do all have one thing in common, the monks. The daily lives of these devoted religious icons are the same. Their lives have been dedicated to prayer and devotion to the scriptures by giving their sacrifice for the good of the people of the rest of the world. These ancient histories of Tibet and Buddhism give you the reason why you visit Tibet.

The Tibetan Buddhist calendar is filled with festivals. And there is no better introduction to the Tibetan way of life and religious culture than to attend one of the many festivals that can be found across the plateau. Tibetan New Year is one of the best of all, and enjoy the stunning Thangka Unveiling Festivals that bring Tibetans from all across the table to certain monasteries to see. And they pray at the hem of Tibetan Buddhism’s most holy of images.

Visit the unique Butter Lamp Festivals, where Tibetan monks spend months carving effigies. And icons out of frozen yak butter, their hands freezing in the process. To ensure that the festivals have plenty of Butter lanterns to light to make the celebrations of the lives of Buddha and Padmasambhava (known as Guru Rinpoche in Tibet) as memorable as possible. It is a fantastic sight for both locals and tourists alike.

You could try one of the many Horse Racing Festivals that can be found across the plateau. Thousands of Tibetan nomads gather together to compete to see the best horses. They come together in a celebration of Tibetan plateau life.

Tibetans are well known for their hospitality. They are one of the most hospitable people on the planet. Even if you are not known to them, Tibetans will greet you “Tashi Delek.” It roughly translates as “Blessings and good luck” or “May all auspicious signs come to this environment.”

Suppose you are lucky enough to be invited into the home of a Tibetan family. You will be amazed at how you will be treated as the most honored guest. You will find yourself plied with bowl after bowl of hot butter tea. And fed as if you were royalty, even though the family may not have much to go around.  Most Tibetans live simple but happy life. They are satisfied with their lot in life and are always ready to lend a hand when needed. They help travelers as much as possible but don’t discuss political issues with them when you travel to Tibet. It is one of the safest travel destinations in Asia.

Tibet is not a Land of Endless Winter

If you thought you were not yet ready to brave the cold and harsh environment of Tibet. Then you should probably rethink. Tibet is a delightful place to visit, with warm summers and comfortable spring and autumn seasons.

Even in the winter, places in Tibet see little snow and are still warm enough to be comfortable. However, the nights can get a little colder. The climate is harsh in the most remote regions of the plateau, such as the north and northwest. But in much of Tibet, travel throughout the year is possible. And if you want to spend your time in Tibet without the massive crowds of tourists. Then going in the low season, when costs are less and tourists are fewer.

Traveling to Tibet in winter is also knowns as Tibet budget tour because everything from hotel to transportation is the cheapest during the winter season. The most attractive places in Tibet are fewer crowds, and homestays with locals are available too.