Misconceptions about the Tibet tour from Kathmandu 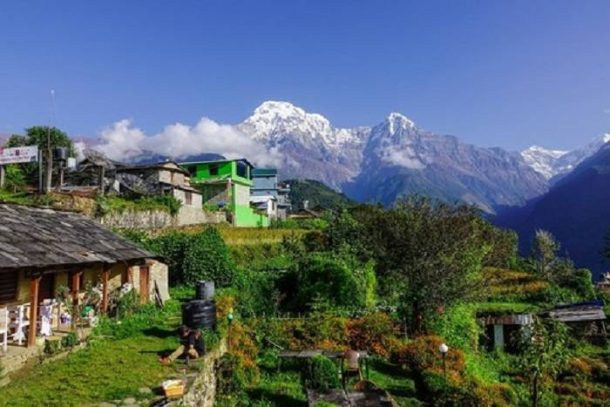 One of the most common mistakes when traveling to Tibet from Nepal is the increase in elevation. Kathmandu is at an elevation of just 1,400 meters, which is very low compared to the heights of the Himalayas. For anyone planning a trip to Tibet from Kathmandu, there are certain things to remember before traveling. While there is much information about traveling to Tibet available, some of it is not the best advice, and there are many mistakes that are made by people who intend to travel from Kathmandu to Tibet, which could be avoided by a few simple tips on the correct way to do things. View of the Himalayas from Kathmandu

One of the most common mistakes when traveling to Tibet from Nepal is the increase in elevation. Kathmandu is at an elevation of just 1,400 meters, which is very low compared to the heights of the Himalayas. When traveling to the plateau, one should take into account the increase in altitude as you travel, which could result in severe altitude sickness if the ascent to the plateau is not done properly. The increase in elevation from Kathmandu to the plateau is one of more than 3,000 meters, and such an ascent should be done in stages, allowing time to acclimatize to the increased elevation before continuing upwards. From Kathmandu, the first place you come to after crossing the border is Gyirong Town, which is at an elevation of 2,700 meters. This is the first point at which one should stop and acclimatize. The recommended first level for acclimatization to high altitudes is around 2,500 to 3,000 meters, and at 2,700 meters, Gyirong Town is an ideal place to stop for a day and acclimatize. Rongbuk Monastery, which lies at 4,980 meters

From Gyirong, the altitude increases as you get further into the plateau area, with Tingri at 4,349 meters and Rongbuk Monastery at 4,980 meters. This is another place where it is a good idea to stop and acclimatize, as the increase in altitude from Gyirong is more than 1,500 meters. A day spent there will allow your body to het more used to the high altitudes and will reduce the risk of altitude sickness for the rest of your trip.

The next increase in elevation on the way to Lhasa is at Gyatso-La Pass, on the G318 Friendship Highway. At 5,248 meters, the pass is one of the highest points you will reach in Tibet on a normal tour, and is comparable to the elevation of the northern Everest Base Camp (EBC) near Tingri, which is at 5,200 meters. Since you will not be staying at Gyatso-La for long, the increase should not be much of a problem, but for those going to EBC for a day, there might be a little more risk of altitude sickness, so it is best to take it easy and not over-exert oneself whilst there. Elevation Chart for acclimatizing when traveling to Tibet from Nepal

One recommendation of experts is to climb high and sleep low, meaning that whenever you reach an extreme elevation, you should find somewhere to sleep or camp a little lower, so that you can acclimatize properly, and reduce the risk of getting altitude sickness.

From EBC and Tingri, as you travel east towards Lhasa, the elevation drops a little, and the places you will stop, such as Shigatse (3,800 meters), are a little lower than you have already experienced, so acclimatization will not be necessary. The elevation at Lhasa is at 3,656 meters, lower than Tingri and EBC, so by this time you should be fully acclimatized to the altitude, and altitude sickness should pose very little risk, although it is not definite, and one should always be aware of the symptoms of altitude sickness, just in case.

For more tips on how to arrange an acclimatizing Tibet tours, please check our website Free of Altitude Sickness Tibet Tours.

“An ordinary Chinese visa is enough to enter Tibet”

Another common misconception for travelers going to Tibet via Nepal for the first time is that they will need a Chinese Entry Visa to get into Tibet. While this is certainly true when traveling from the Chinese mainland into Tibet, when traveling from Nepal, there are a different set of documents that are required in order to enter Tibet. Chinese Entry Visa, which is not valid for entering Tibet from Nepal

Tibet is a part of China, and while a Chinese Entry Visa does seem logical, the Chinese government uses a different visa for travelers to Tibet from Nepal, known as the Group Tourist Visa. This Group Tourist Visa is not available to individuals, and can only be obtained once you have a complete itinerary and booked tour with a registered Tibetan tour operator, such as Explore Tibet. The process is relatively simple, and while the visa does say “group”, you do not have to be part of a group to obtain one, although it is much cheaper to travel in Tibet as part of a group tour. Groupt Tourist Visa, available from the Embassy in Kathmandu for entry to Tibet from Nepal

“The scenery of Nepal and Tibet is not very different”

A wild assumption that could only have been made by someone who has never visited either region is that there is little difference between Tibet and Nepal in terms of landscapes and scenery. And nothing could be further from the truth. While it is true that the two regions share their border along the mighty Himalayan Mountain Range, that is actually all they really have in common with regard to scenery. On the northern Tibetan side of the Himalayas, the land is part of the high-altitude plateau often referred to as the roof of the world or the third pole. The whole of Tibet lies on this plateau, which is the highest plateau in the world, and which has an average elevation of over 4,000 meters. The scenery is wholly unique on the plateau, with high mountains, vast shimmering lakes, and wide expanses of open grassland and prairie where you can find many nomadic herdsmen tending their yaks and sheep. Trekking through the lush green jungles in lower Nepal

On the southern Nepali side of the mountains, the scenery is very different. The plateau landscape ends at the mountains ,and the other side in Nepal is where the landscape starts to drop to the lower altitudes that feature dense, sub-tropical jungle vegetation and tropical animals. From the mountains of the Himalayas, the landscape changes in several steps, from the lower mountains to the foothills, and finally to the lowland Terai region of Nepal, on the border with India. The altitudes drop dramatically over the course of just 100km, from over 8,000 meters on the high mountain peaks to just 1,400 meters in the Kathmandu Valley, and even lower as the land slopes down to the Indian border. Nepali village in the Himalayas

The mountain regions of Nepal are not as bare and harsh as on the plateau, due to the prevailing rains that are barred from reaching Tibet by the Himalayas themselves. The land is greener and more prone to grasslands, and as you get lower, dense tropical jungles take over many parts of the southern Terai, where you can often find wild Bengal tigers, elephants, and rhinos wandering through the jungle in one of the many nature reserves in the country. Really, the landscapes of the two regions are as different as chalk and cheese. Our Tibetan guide Tselha with his group at Everest Base Camp in Tibet.

Many people travel to Nepal to trek the 12 days to see Everest Base Camp on the southern side, where many famous mountaineers have started their ascent of this famous mountain. However, it appears that there is a little known fact about the base camp in Nepal, which many people who travel there fail to realize: the peak of Mount Everest is not visible from it! It is true, and it has been a bone of contention for trekkers to EBC for years that, in order to see the peak of the mountain they trekked so far to see, they have to climb a different hill, miles away from the base camp, in order to see it. In Nepal, the best view of the peak of Everest is from a hill a few miles before you reach EBC, known as Kala Patthar. At 5,146 meters, it is still lower than the southern EBC, but has a better view of the peak, unimpeded by the mountain itself, as it is at EBC in Nepal. However, it is a half-day trek to get there and back, and has now become an integral part of the EBC trek in Nepal.

Tibet, however, has no such impediment when traveling to the northern EBC to view the mountain. The base camp on the Tibetan side of the mountain has a spectacular and unimpeded view of the peak, except on very cloudy days in the summer months. For most of the year, the peak of Everest is visible from miles away as you approach the base camp, and from the base camp itself, the view is spectacularly stunning, standing in the shadow of the world’s highest mountain staring at the peak that is the highest point of land on the planet. Not only is it awe-inspiring, it is a very humbling sight. The paved road that leads to Everest Base Camp in Tibet

And that is not all. On the Tibetan side of the Himalayas, there is a road that runs all the way to the base camp itself, meaning there is no need to trek for days to get there, although you can if you wish to, and there is some great trekking along the route from Old Tingri to EBC. But for those who want to visit and view the mountain unimpeded and without spending almost two weeks walking, there is no better place to do so than in Tibet. Crossing the Hillary Bridge, the highest suspension bridge on the Everest Base Camp trek in Nepal