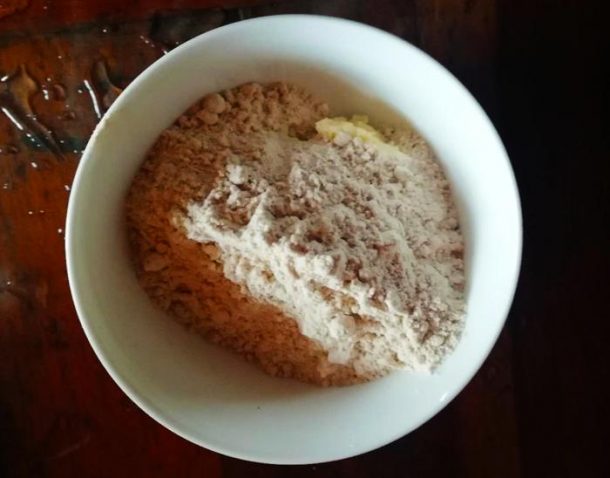 Tsampa has been the staple food for Tibetans for hundreds of years. It is roasted flours, most commonly barley flour, but can also be wheat or maize flours. Along with salty Tibetan butter tea, it constitutes the signature traditional Tibetan diet.

In terms of preparation, it has a variety of ways to suit different situations and tastes. Usually, it is mixed with salty Tibetan butter tea or black tea to form a lump of dry dough known as Pak, holding the bowl and stirring it gently. The dough is then further resized into smaller dumpling-like objects to be consumed along with tea. Next, you may add butter, Tibetan ground cheese, or sugar to suit your taste. 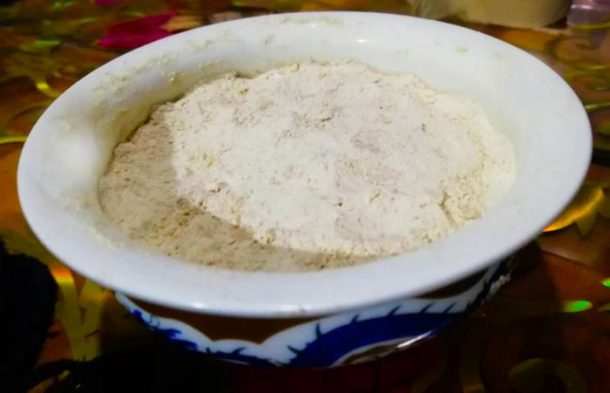 One needs a lot of experience to excel in this Pak preparation skill. You need to know the correct ratio of Tsampa and tea to prepare a good Pak. Inexperienced people end up pouring a lot of Tsampa outside the bowl while preparing Pak. Therefore, in many Tibetan households, it is common for parents or elders to help younger members to help with the preparation of Pak. 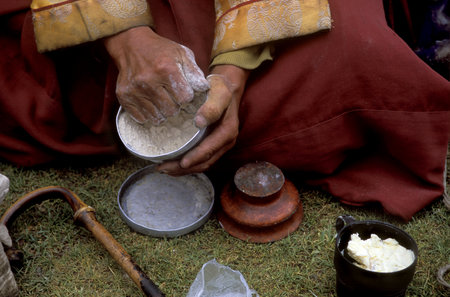 Apart from Pak, Tsampa can be stirred with a larger quantity of tea to prepare a semi-liquid paste known as Jamdhur, which is relatively easier to prepare.

Tsampa can also be prepared as porridge by boiling it in hot water with or without other ingredients, called Tsamthuk. This used to be a popular yet humble meal among poor Tibetans dwelling in villages.

Tsampa is generally simple to prepare. Therefore, it has been a convenience food for nomads and travelers. Traditionally it is prepared with tea, but under extreme circumstances, it can be prepared with water. There were also times when people prepare the traditional Tibetan barley wine known as Chang. 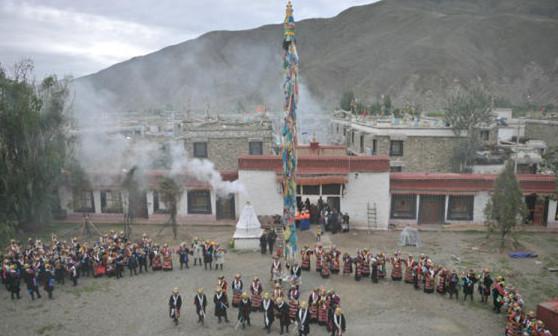 Besides being a predominant part of the Tibetan diet, Tsampa is used in various Tibetan cultural festivals by throwing pinches of Tsampa in the air to mark joy and celebrations. This is particularly visible during the Tibetan New Year celebration, where Tsampa throwing is accompanied by chanting verses of good luck in the New Year for both oneself and others.

Tsampa-throwing is also a common scene at most Tibetan Buddhist funerals. Doing so by the holy Lama is believed to release the soul of the deceased.

Tibetans have developed with Tsampa over the centuries from the very intimate love affair Tibetans sometimes call themselves “Tsampa-eaters.”