Trek Around The Mount Kailash in Tibet 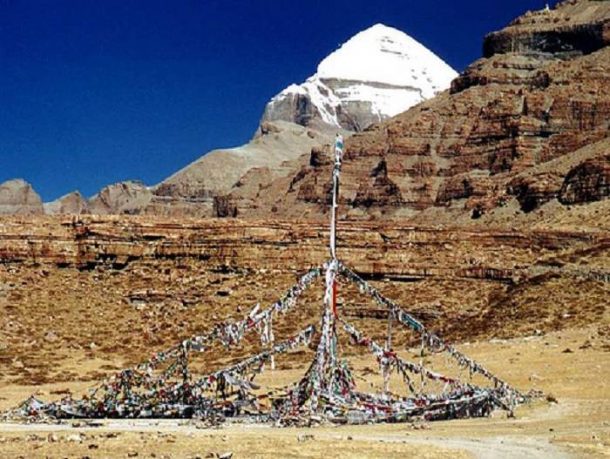 High up in the Himalayas, on the Qinghai-Tibetan Plateau, lies one of Tibet’s most sacred sites. Revered by Buddhists, Hindus, Jains, and Bons, holy Mount Kailash is the most sacred site in Tibetan Buddhism. It is believed to be the center of the universe and the birthplace of the world. Trek around the Mount Kailash in Tibet is the best trek route for the tourist.

This great mass of black rock soars 6,638 meters in the sky, and inspires the beliefs of billions of people, though one a few thousand visit the site every year. This can be explained by its remote location in the far west of Tibet. And the hazards and trials of pilgrims traveling to the mountain. The trek around Mount Kailash is one of the hardest in Tibet and not one for the faint-hearted. The pace is normally fairly fast to complete the 52-kilometer circuit in three days. But there is the benefit of a dip in the refreshingly cold waters of Lake Manasarovar after.

Pilgrims on the Kora For pilgrims traveling to the holy site, they must overcome the difficult journey to get there, and then they face the equally arduous task of circumambulating the sacred mountain. This clockwise trek around the mountain is known as a Kora and takes anything from three days to several weeks. The route around the mountain covers around 52 kilometers, and visitors intending to make the trek should be physically fit and well prepared. Before considering the trek, you should be well prepared for the long journey. The trek will take three days of arduous walking, and the weather and terrain vary greatly from one part of the kora to another. Warm clothes and sleeping bags are essential packings, as is a windproof jacket. Since the winds can be very strong on the higher passes.

Snacks are also a good idea. Trekking at high altitudes consumes more energy than at sea level, and you can replace the energy by eating high-energy snacks such as chocolate, biscuits, and dried fruit. Riding ponies around the Kailash Kora

Tourists can visit the holy Mt. Kailash either on foot or by yak or pony. The cost is around 65CNY per day, or about US$10, and the trek is three days long. On the route, you will visit three of the five monasteries that surround the mountain. Walk over the highest pass in the area, at 5,636 meters above sea level, and pay a visit to the nearby holy Lake Manasarovar. Mount Kailash, one of the best views in Tibet

The trek around the mountain is arduous and travels over some rough terrain, but the views are spectacular. Even though the landscape looks arid and desolate in places, the views of the lofty mountains against the clear blue skies are breathtaking.

Surrounded by other mountains in the mighty Himalaya Range, the views from the kora around Mt. Kailash are a sight that makes the whole trek worthwhile. From the high mountains to the lush Barkha Plain, and the desolate low-lying valley of Lha-chu to the heady heights of Drölma-la pass.

Around the kora, there are tents at intervals that can provide basic refreshments such as pot noodles and hot, sweet tea.

A welcome rest, you can spend a short time replenishing your energy and getting some hot food inside you in preparation for the next leg of the trek.

Details of the Mt. Kailash Kora The kora around Mount Kailash begins and ends at Darchen, the small village to the south of the mountain. The village does have accommodation for visitors and pilgrims to Mount Kailash, so you will not have to camp for the first night before you start the trek. However, depending on how many people are walking the kora at the same time as you, you may need to camp along the route. The monastery guesthouses have limited space.

The Best Time to Trek

The best time to trek the kora around Mt. Kailash is from May to October when the weather is warmer, and the snows are gone. Winter is the time of year when heavy snow and ice cover the region, and trekking in the western areas is dangerous.

In April in the Tibetan calendar is the most important festival of the Tibetan year. The Saga Dawa festival is celebrated for a whole month, and the 15th day of the fourth month of the Tibetan calendar is the most important, as it is the birth date of the Buddha Sakyamuni. Tibetans give generously on that day in the belief that they can accumulate immense merits and stop killing animals and eating meat. During the festival, thousands of Tibetans make their way to Mt. Kailash, to worship at the sacred mountain, and take down the flagpole at Tarpoche to replace the prayer flags. Considered to be a holy lake in Tibetan Buddhism and Hinduism, Lake Manasarovar is one of the Great Three Holy Lakes of Tibet and lies a short distance to the south of Mount Kailash. Lake Rakshastal is the perfect spot to relax after completing the ritual kora.

For Hindus, it is believed that bathing in or drinking the waters of the lake will absolve you from the sins of a hundred lifetimes and allow you a place in the abode of Shiva. The Hindus believe that a lake is a place of purification, and thousands of pilgrims come to the lake every year, after completing the kora around Mount Kailash.

For Buddhists, the lake is associated with Anavatapta and it is believed that Maya conceived Buddha. With several monasteries around the lake, it is considered a holy place and has its own ritual kora route around the shores.