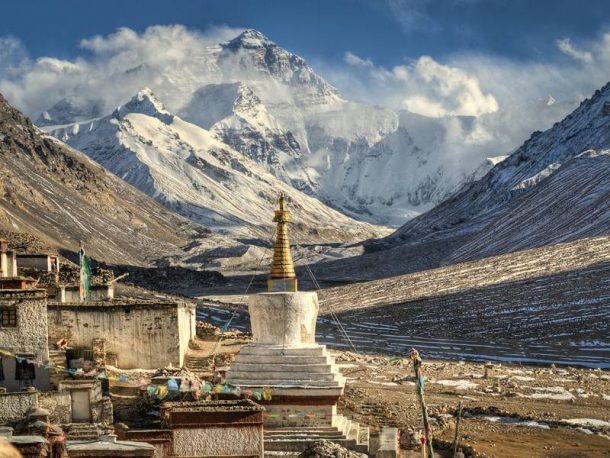 Tibet is the roof of the world, and the Tibet tour is almost every traveler’s dream. Despite having very strict Tibet permit policies around using guides, transport, and Tibet permits, thousands of visitors travel to this remote region to experience the adventure that is Tibet. A land full of centuries-old traditions, a mysterious religious culture and massive expanses of pure, untouched, natural scenery. The region has so many things to see and do; even after several visits, you will not see it all.

Here are some of the must-see highlights of this amazing region and its unique culture. The holiest site for Buddhism, Mt. Kailash offers an amazing experience for travelers and pilgrims alike. Not only Tibetan Buddhists come here. The sacred mountain, viewed as the “center of the world” is a focal point for Hindus and Buddhists from all over Asia. Pilgrims flock to the mountain to circumnavigate it in traditional Buddhist fashion. Following the kora, the sacred route around the mountain can take up to three days – although many Tibetans can do it in one day, and some pilgrims take up to three weeks – and is an exhausting experience, but definitely not one to miss. At altitudes of more than 5,000 meters, the air is thin, and care is needed when walking, but it is one place you will never be alone. You share the path with the many thousands of pilgrims who travel there each year. Set against a backdrop of grey-green mountains and blue sky, Potala Palace is one of the most famous landmarks in Tibet. The red and white buildings house a treasure trove of materials and articles from Tibet’s history, culture, religion, and art. Full of precious sculptures and statues of Buddha, murals, antiques, and religious jewelry, it is an unforgettable part of Tibet’s varied tours. Visits are limited to one hour for each group, and a set number of people per day, to protect this ancient complex. The view from the Potala Palace Square is incredible, with the palace reflected perfectly in the artificial Dragon King Lake. The most popular spot to photograph this beautiful palace is on the hillside of Chagpori. The holiest site for Tibetan Buddhists, pilgrims travel from all over Tibet to circle the temple and prostrate themselves day and night at the temple front. Located in the center of old Lhasa city, the Jokhang Monastery is the center of the Gelugpa Branch of Tibetan Buddhism. The golden roofs are adorned with beautifully crafted animals, bells and other figures, and the Temple contains Tibet’s most precious object. The gilded, sitting statue of Buddha when he was 12 years-old is adorned with jewels and was brought to Tibet by Princess Wen Cheng from Chang’an in 700 A.D. Lhasa’s pilgrimage circuit around the Jokhang Temple, Barkhor Street is also a busy street full of shops. As you join the flow of pilgrims circling clockwise around the temple, you are presented with a mind-blowing exhibition of souvenirs from both Tibet and Nepal. Locals and travelers alike can be seen haggling with the vendors for the souvenirs. But if you are looking for something wholly unique, try the Lhasa flea market. Another must-see in Tibet is the monks debating the scriptures as Sera Monastery. In their traditional red robes, the monks gather in the monastery courtyard every afternoon, except Sundays. These highly philosophical debates center on Tibetan Buddhism, and are filled with expressive gestures and facial expressions. Even without knowing the language, you can feel their devotion to their faith in the seriousness with which they treat their philosophical discussions. The birthplace of Tibetan Buddhism, the monastery is set in a beautiful green valley and surrounded by barren mountains. It was the first monastery to be built in Tibet, in 779 A.D., when the emperor TrisongDetsen ruled Tibet. The inside is filled with sculptures, frescos and prayer wheels, and the monastery contains the very first set of the three Buddha statues – Buddha, Dharma, and Sangha – in Tibet. The monastery is designed as a replica of the universe spoken of in the Sutras, with the Wuzi hall at its center depicting Mt. Meru – the starting point of the world. Two hours’ drive from Lhasa is the breathtaking Lake Yamdrok. With small Tibetan villages on its shore, and fields of yaks beyond, the lake is an amazing shade of deep turquoise on clear days. One of the three holy lakes of Tibet – the other two being Namtso and Lake Manasarovar – it is the largest freshwater lake in Tibet. The second largest saltwater lake in China, it is also one of the three holy lakes of Tibet. One of the most popular tourist destinations in Tibet, Namtso sits at 4,718 meters above sea level. The lake plays host to five uninhabited islands that used to retreat for Buddhist monks. They would walk across the frozen lake at the end of winter, and spend the summer in meditation and philosophical contemplation until the water would freeze again the following winter. No visit to Tibet could ever be complete without visiting the base-camp at the foot of the highest mountain in the world. The best panoramic view of the Himalayas, and Everest itself, is in Shigatse Prefecture. On the road from Shigatse, the second largest city in Tibet, to EBC, there are some excellent spots from which to see the mountain. As you drive along the road through Gawula Pass, you get the first clear view of the mountain. The next great view is from the Rongbuk Monastery, which is just 50 meters lower than the base camp. However, the best view of the highest mountain in the world is definitely from Everest Base Camp, with the mountain looming above you. At an altitude of 5,200 meters, most visitors only stay for around 30 minutes at the base camp due to altitude sickness. The summit is 8848 meters or 29,035 feet high and forms part of the border with neighboring Nepal. The mountain was first conquered on May 29, 1953 by Sir Edmund Hilary – a New Zealand-born mountaineer, explorer, and philanthropist – and Nepali Sherpa mountaineer, Tenzing Norgay, often referred to as Sherpa Tenzing. The buildings of the Tashilhunpo Monastery host the seat of the Panchen Lama, one of the highest spiritual leaders of Tibetan Buddhism. The architecture of the monastery is a grand design of red bricks topped with gold roofs that shine brightly in the sun. And the pilgrimage circuit around the monastery is a cobbled road. Founded in 1447 by the first Dalai Lama, the monastery covers and are of almost 300,000 square meters, and includes the Maitreya Chapel, the Panchen Lama’s Palace and the Kelsang Temple. Tashilhunpo is one of the six, big Monasteries of Gelugpa in Tibet.

Explore  Tibet has all types of Tibet tours that cover all the must see attractions as well as off-the-beaten-path that can be customized for your interest, for more Tibet tours, please check our Tibet private Tours or Tibet Group Tours.