The Message of Tibetan Prayer Flags 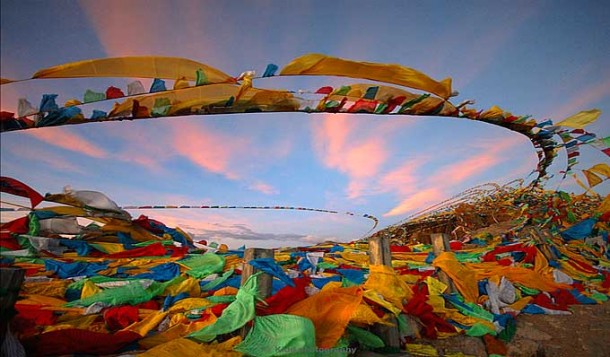 One of the most colorful objects that attract travelers’ eyes in Tibet is Lungta, the traditional Tibetan prayer flags. It is a sight so spectacular and mesmerizing. And above all, it heals and gives you the true feel of being on the roof of the world. 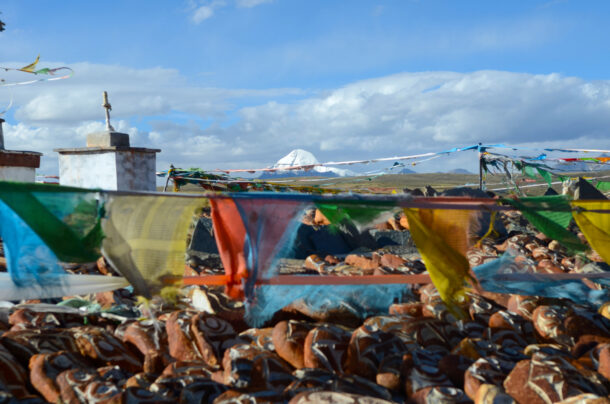 Prayer flags are strings of colorful rectangular flags carrying printed prayer texts on them. They can be commonly found strung along mountain ridges and peaks in the Himalayas.

It is believed that by hanging the prayer flags in high places, the Lungta will carry and spread the blessings depicted on the flags to all around the world to bring peace and harmony all over the world. The wind acts as an agent here since the flags are set in motion by every slight blow. 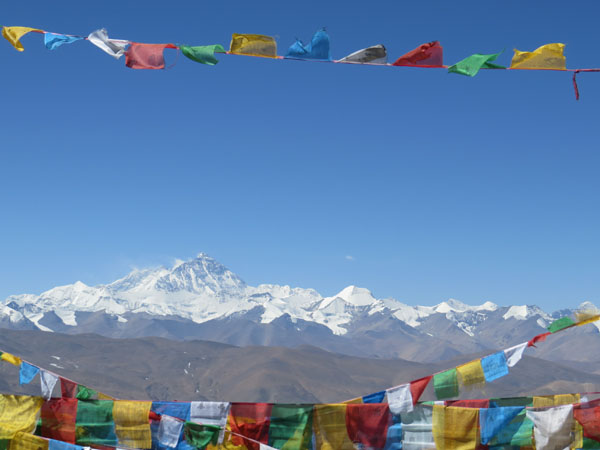 The colorful flags are believed to have originated with the Bon religion, which predated Buddhism in Tibet. Unlike the five-colored prayer flags that carry prayer text and images on them, we have today that the flags used to be primary-colored plain flags in Bon tradition. Over the centuries, with few modifications, the prayer flags quickly assimilated into mainstream Tibetan Buddhism.

There are two types of prayer flags: horizontal ones, known as Lungta (meaning “Wind Horse”), and vertical ones, called Dharchok (meaning “Flagstaff”). While both Lungta and Dharchok are rectangular shapes in most cases, we can also squarely find Lungta.

Lungta (horizontal) are connected along their top edges to a long thread. It is common to see they are horizontally hung between two objects in high places, like on the mountain passes and the tops of religious sites like temples, monasteries, stupas, etc. 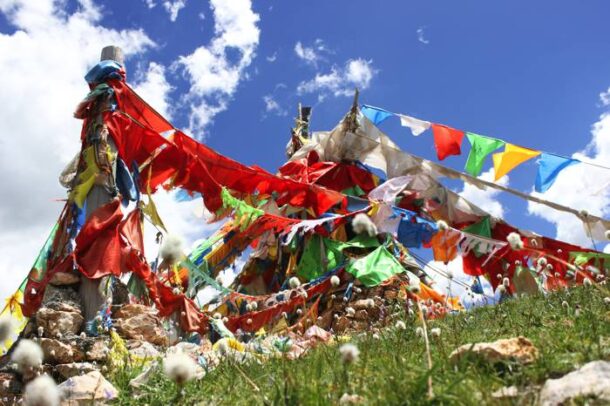 Darchor (vertical) prayer flags are usually huge single rectangles attached to poles along their edge in a vertical fashion. They are commonly planted in the ground, mountains, and on rooftops of houses. You will notice plenty of them on the rooftops of Tibetan houses almost everywhere. 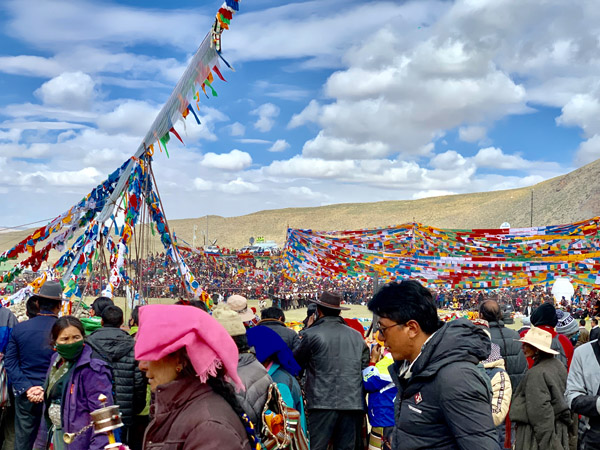 Traditionally, prayer flags come in sets of five, with each bearing a distinct color. In terms of the arrangement, the five colors are aligned from left to right in a specific order: blue, white, red, green, and yellow. The five colors represent five different elements that are vital to the essence of traditional Tibetan medicine: Blue symbolizes the sky and space, white symbolizes the air and wind, red symbolizes fire, green symbolizes water, and yellow symbolizes earth. It is believed that health and harmony are achieved through the balance of the five elements.

So next time when you travel Tibet, make it a point to hang a few strings of Lungta to fulfill your share of contribution in spreading peace and harmony all over the world!