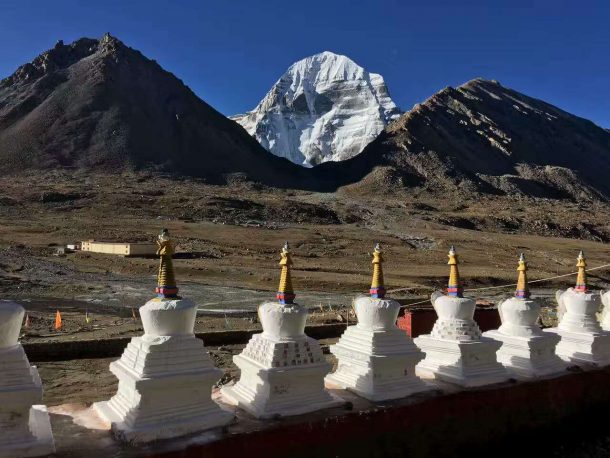 Travel to Tibet can be done at almost any time of year, with the exception of February and March. These two months there are restrictions for foreign tourism, as it is the time of Losar, the Tibetan New Year. For most travelers to Tibet, there are three main things they want to see. Always top of the list is the stunning Mount Everest Base Camp, which lies in the west of the region. Second, although not for some, is the awesome capital city of Lhasa, the ancient capital of the Tibetan Empire.

There is also another important place many people wish to visit whilst in Tibet, as it is known to be the most sacred mountain in the world. Mount Kailash, in Ngari Prefecture, is a popular place for those who love trekking at high altitudes and is the most demanding trek in Tibet, as well as being an amazing place to visit.

Traveling to Lhasa can be done at any time of the year, from low season to high season, and it is always an amazing experience. As one of the highest cities in the world, and the highest capital city in the world at 3,656 meters above sea level, Lhasa is one of the most amazing places you can visit and has something to do and see throughout the year. For many people, summer is the best time to travel Lhasa, as the weather is warmer, the oxygen content of the air is higher (due to higher barometric pressure during the summer months), and while there may be rain it is intermittent and usually limited to late evenings and overnight rainfall. At its lower altitude than much of the other parts of Tibet, the risk of altitude sickness is reduced slightly, and it is easier to acclimatize to the higher altitudes in Lhasa than anywhere else. Summer is also the best time for those who love to watch birds, as the many rare migratory birds that reside in the Lalu Wetlands and along the banks of the Lhasa River, spend the summer in Tibet, before heading south for the winter months.

Spring and autumn are also good times for travel to Lhasa, as there are less rain and milder weather. Temperatures are warm enough to not need heavy jackets and coats in the spring and autumn, although it can get very cold at night, as the temperature differential from day to night is very high. Below-freezing temperatures are often seen at night from April to May and October to November.

Winter can be a great time to visit Lhasa, as there are normally fewer tourists in the winter months, and it is really not as cold as many people think. The higher altitude and thinner atmosphere mean that the sunlight is warm during the day, though it can get very cold at night so bring warm sweaters and jackets. With fewer tourists, it is easier to get into and walk around the stunning monasteries such as Sera and Drepung, and the famous sites of the Potala Palace and Jokhang Temple. Gyirong Town with Mount Everest in the background

Best time to travel to Mt Everest Base Camp in Tibet.

From April to January, you can travel across the region to visit what is considered to be Tibet’s greatest tourist attraction, Mount Everest. Though you cannot get right up to the mountain itself (you can only go as far as the Everest Base Camp at 5,200 meters above sea level), the base camp is a great place from which to view the mountain’s famous peak.

Traveling to Everest Base Camp is actually best done from April to early June and late September to the end of November, as this is the optimum time for viewing the summit of the great mountain, and has the most favorable weather. In the spring and autumn months, the skies are clear and bright, and the views of the peak are spectacular, giving you the best options for photography of the mountain.

The winter months of December and January can also be used for traveling to Everest, and while it is winter, heavy snows that block the roads to the base camp are not as frequent as many people think. Snow on the ground is highly likely, but the highways are good enough for it not to affect travel. The winter months are also some of the best times to get some great views and photos of Mount Everest covered in snow, and with the clearest skies of the year and some of the best sunny days, the fewer tourists are also an added advantage to winter travel. Great View of Mt Everest in the winter

Summer is not really a good time to visit Everest, as the rains that come with the monsoon, carried across the Himalayas from southeast India, bring with them cloud cover that often obscures the mountain’s high summit. Not every day is cloudy, of course, but it is almost impossible to predict which days may be sunny and clear enough, so it is best avoided at this time of year.

Best time to travel to Mt. Kailash and Lake Manasarovar

One of the most popular reasons for visiting Mount Kailash and Lake Manasarovar is for the Kailash kora trek, which covers 52 kilometers around the base of the mountain. This visit to the sacred mountain is often done in conjunction with a trip to the lake just south of Mount Kailash, Lake Manasarovar, one of the Great Three holy lakes of Tibet.

Due to the high altitude of western Tibet, trekking the route around the Mt Kailash is a little limited, and is best done from May to June and September to October. These months usually have the best clear skies and warmer weather that is ideal for trekking, and are not too cold at night, as in Ngari Prefecture where Mount Kailash lies, the nights can get very cold in earlier or later months. From late October or early November, the small guesthouses in the region of Kailash and Manasarovar close for the winter, and there is nowhere to stay except in a tent, which is not a good idea in the winter at this high altitude. Summer is also not a great time for tourists to visit the area, as it is the site of huge pilgrimages for both Buddhists and Hindus. Many thousands of pilgrims descend on the mountain and lake to pay homage to these most sacred of sites and walk the kora routes around the mountain, before taking a dip in the lake. Throughout July and August, while there is very little rain still, the kora routes and shores of the lake are very busy, and if you are not fond of immense crowds of people, this time of year is best avoided.