Unique Features of a Tibet tour 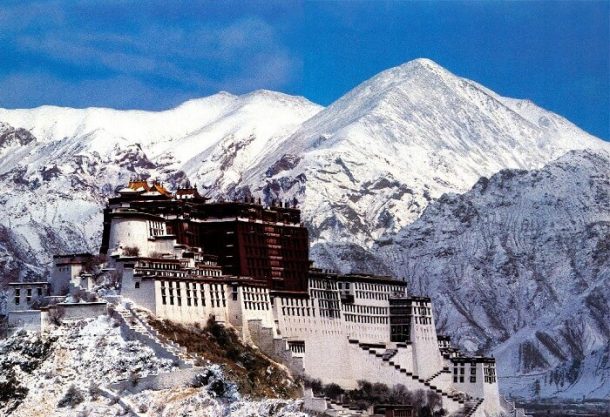 Touring in Tibet is a unique experience in many ways. From the highest mountains in the world to the massive open prairies filled with wild endangered animals, the stunning lakes, and rivers that cover the region. No matter where in Tibet you travel, there are experiences that will leave you breathless.

Tibet is also unique in the way it operates its tourism industry, in its religion and culture, and in the sheer size of the plateau on which it lies. The Tibetan plateau is the highest plateau in the world, and is often known as “the roof of the world”. A unique and mystical place, it is a land of devout Buddhists, ancient monasteries, and wide expanses of grasslands that stretch as far as the eye can see.

Traveling on the soaring Tibetan Plateau

The plateau on which Tibet lies is the highest plateau in the world, that covers all of the Tibet Autonomous Region, as well as much of Qinghai Province, and the western part of Sichuan Province. Known as the Qinghai Tibet Plateau or the Qingzang Plateau, it is also known as the “third pole”, due to it being the highest point on the planet.

Independent travel is not available in Tibet

One of the most unique things about traveling to Tibet is how you plan and execute your trip. Independent travel is not permitted in Tibet by the Chinese government, due to political instability in the region, and all tourists must be booked on an arranged tour that includes a tour guide, driver, and private vehicle. There are checkpoints on all road entrances to the region, even the smallest roads in and out of Tibet, and all flights and trains require certain documents for boarding that cannot be obtained without the help of a registered tour operator.

But traveling to Tibet is not as easy as that, as you are going to need several permits that can only be obtained by the tour operator on your behalf. The first of these is the Tibet Travel permit, which is required for entering and traveling around the Lhasa area of Tibet, and without which you will be unable to board the trains or flights to Lhasa. The permit requires copies of your passport and Chinese Entry Visa and takes around 15-20 days to process.

The climate of the plateau is unique due to the thin, dry atmosphere and the intense solar radiation that permeates the thinner atmosphere above the plateau. The sun is strong, and can easily harm the eyes and skin, while the temperatures are relatively low compared to other areas of the planet at the same latitude. With a varying topography across the plateau from east to west, the climate varies also from a more sub-tropical plateau climate in the eastern areas around Nyingchi to a high-altitude plateau climate in the west along the edges of the Himalayas.

The plateau also heats up rapidly in the summer months, forming a high-pressure area across the plateau that increases the intensity of the southeast monsoon in the low-lying countries of Asia, affecting the strength of the sub-tropical monsoon. Spring and fall are the most popular seasons to travel to Tibet for trekking and sightseeing, as the weather is relatively mild, the sun is still quite warming, and the skies are at their clearest. Spring is the time of the thaws, and snowmelt fills the rivers and lakes, while in the fall the falling leaves cover the ground with a blanket of color. In the winter, much of the plateau is still accessible to tourists, as the snows are limited to certain higher areas such as Ngari and Nagqu, and although cold, it is a delightful time to visit the region.

Tibet Autonomous Region stretches from the Nepal border in the west to the edge of Sichuan Province in the east, and from the border with Bhutan in the south, which lies on the Himalayas, to the Kunlun Mountains in the far north. Covering an area of around 2.5 million square kilometers, it is around 2,777 kilometers from east to west and over 1,200 kilometers from north to south.

Many of the most popular tourist spots in Tibet are spread far apart, and from Lhasa, in the southeast of the region, it can take several days to get to many of the outlying attractions. Heading east, it is a journey of around 400 kilometers to Nyingchi, which is around two days driving, while to the west, it takes around three days to cover the 620 kilometers to Everest Base Camp.

Shigatse, the second largest city in Tibet is over 270 kilometers from Lhasa, while the famous Mount Kailash, in Ngari Prefecture, is a journey of 1.211 kilometers, which can take some five days of driving to reach. With so many of the amazing sights of the plateau being so widespread, almost all of the tour involves long-distance travel.

Buddhism is the predominant religion in Tibet, although it is a form of Buddhism that has become unique to this high-altitude region, and is now known as Tibetan Buddhism. A distinctive form of the Indian Mahayana and Vajrayana forms of Buddhism, which came to the plateau region over 1,300 years ago, it replaced the animist shamanic Bon religion that was the original practice in Tibet, which had a profound influence on Buddhism on the plateau.

Religion is extremely important to the Tibetan people, and it is a part of their daily lives in such a way that it has an influence on almost every aspect of life on the plateau. From getting up in the morning to the rituals that come with the falling of the dusk, Tibetans practice their Buddhist religion in everything they do. Buddhism in Tibet is separated into four distinct schools: Gelugpa, the largest of the four and the school of the Dalai Lama, Kagyupa, an oral tradition of Buddhism, Sakyapa, the scholarly school of Buddhism, and Nyingmapa, known as The Ancient Ones and the original school of Buddhism in Tibet, founded by Padmasambhava himself.