Traveling to Tibet in Summer 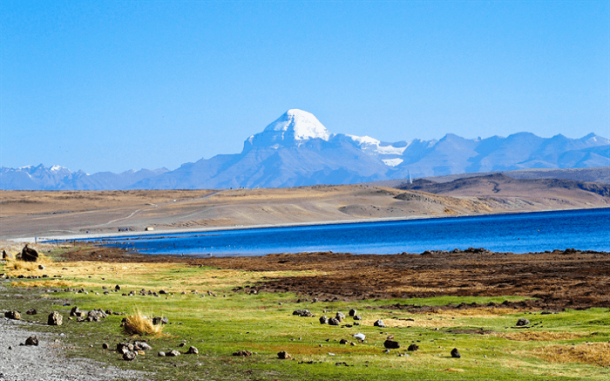 Summer in Tibet is a special time of year. Not only for the peak tourism season in the region, but it is the best time for the local Tibetans.  It can be seen at its absolute best. Already a land of stunning landscapes and breathtaking scenery, Tibet has a richer look to it during the summer months. When the rains make the landscape lush and green with new growth. It is the best time for traveling to Tibet.

With summer already here, it is time to plan that trip to Tibet. Make the most of this high-altitude location when it can be seen in the bright sunlight of summer and the warmer weather that makes it easier to travel to this land at the roof of the world. All the tour packages are very much in demand. Traveling to Tibet might be the best choice you ever made for your summer holiday.

From the end of May every year, Tibet enters its summer season and the peak season for tourism. It is the right time to visit Tibet. From June to the middle of October, Tibet will experience its warmest weather of the year, as well as its milder monsoon season. For those that are not into the intense heat often found in many of the holiday destinations of Southeast Asia. Tibet provides a welcome relief from the heat, with an average temperature that rarely goes much above 25 degrees. Traveling to Tibet during the summer season, Potala Palace, Lhasa,

The climate in Tibet in summer is comfortable and warm, with blue skies dotted with white clouds. Even though the sun can burn just as much as in the tropical countries, the temperature is comfortable and will not leave you sweating without doing anything.

Summer in Tibet may be the monsoon season, but it is not as wet as you might think. The southwest monsoon, which brings the rains to most of Southeast Asia, is hampered by the high mountains of the Himalayas. And the resulting “shadow effect” means that most of the rain falls on the western and southern sides of the mountain ranges, leaving very little to fall on Tibet. What little rain there is falling in summer, also only tends to fall in the evenings and overnight, leaving the daytime warm and bright, and mostly dry. Lhasa is known as the “sunshine city” of the plateau and receives around 3,000 hours of sunshine every year. However, while the sun may not be as hot as at lower altitudes, it can burn just as badly. The thinner atmosphere of the plateau means that the planet’s natural UV filters and reduced, allowing more intense UV A and B radiations through. Sun cream is an essential packing item for Tibet in summer. It is a good idea to wear a hat to keep off the more harmful UV A radiation that is less filtered.

Summer also has another advantage in Tibet when choosing your holiday period. Altitude sickness is always an issue for newly arrived travelers to the region. Around 60 percent of people suffer the mildest symptoms of altitude sickness on the first day while their bodies acclimatize. In summer, this is reduced. The plateau experiences a higher oxygen content in the air in general. Mainly to the increase in barometric pressure in the summer months that cause the monsoons. A higher pressure means more oxygen per breath, which reduces the risk of altitude sickness, as long as you follow the guidelines on acclimatization.

Top festivals for a summer when traveling to Tibet

Summer is also the best time to travel to many of the attractions of the more remote areas of Tibet. When you can really enjoy the stunning views from the tops of the high mountain passes. It is also good for festivals, and there are a good many that happen in the peak summer months, while the farmers wait for the rains to fully ripen their crops before the harvest. When you visit Tibet in the summer season, you will witness Tibetan people enjoying different festivals in different places.

Best known for its ritual thangka unveilings and stunning Tibetan opera shows is the Shoton festival. It has its roots in an ancient cultural tradition of giving milk curds to the monks after their 100-day fasting to pray for the souls of all the living creatures on the earth. Now, the curd has been replaced by yogurt. The tradition still continues, with people enjoying the delicious Tibetan yogurt during the ceremonies and celebrations. Every year, on the vast grasslands of the northern Nagqu Prefecture of Tibet. The people hold one of the most spectacular events in showmanship history, the Nagqu Horse Racing Festival. Nomads from all over the prairies head for the festival site. The grasslands are transformed into a spectacle of music, dance, and merriment by the local Tibetans.

Tourists at the Saga Dawa Festival at Mount Kailash

The ultimate festival of Tibetan Buddhism in the region, the Saga Dawa festival celebrates the birth, enlightenment, and death of Buddha. A time of pilgrimage and a restoration of faith and prayer. The Saga Dawa is the best festival in Lhasa and at Mount Kailash. Where the ceremonies are rich and culminate in a mass pilgrimage around the Kailash kora.

Top sites for a summer tour of Tibet

With the warmer weather of the summer months. It is the ideal time to travel around the normal areas of Tibet. The visitors can get a chance to visit some of the most remote areas in Tibet. But in the winter that, cannot be seen.

Lake  Namtso is one of the most stunning lakes in the world. It lies to the north of Lhasa, on the edges of Lhasa prefecture, in Damxung County. Surrounded by mountains in its own basin, Lake Namtso is the largest lake in Tibet Autonomous Region and one of the Great three Holy Lakes of Tibet. It takes around 5-6 hours to drive from the capital. So you can see the stunning starry skies at night during the overnight stay near the lake. The road out of Lhasa to the west passes alongside another of the Great Three Lakes, Lake Yamdrok. Stretching out for miles in all directions, this lake is really a collection of smaller lakes that are all linked together. Its stunning turquoise waters sparkle in the sunlight. You are traveling to Tibet, you will witness so many beautiful lakes and mountains in Tibet. For the epic trekkers, there is no better trek in Tibet than the kora route around the sacred Mount Kailash. A 52-kilometer circuit that circumambulates around the base of the mountain. These roads are rough and rugged trail is not a trek for the faint-hearted. Renowned for being a pilgrimage circuit, the kora at Mount Kailash takes three days to complete, though many pilgrims can do the entire 52-kilometer walk in a single day.