Documentation: Look Up Update File Thank you for creating with WordPress. Get Version 4.8.1
About Tibet / book a Tibet tour / Budget Tour / Photography in Tibet / Tibet attraction / What to see in Tibet

Kongpo is a large traditional territory in southwestern Kham, but the name Kongpo is no longer official as Nyingtri(Linchi) displaced it over the same territory. The place goes back in history as early as the first king of the Yarlung dynasty. It had many roles in all aspects; culture, language, and ecology. It has most of the holiest pilgrim sites of Bon around Bayi. 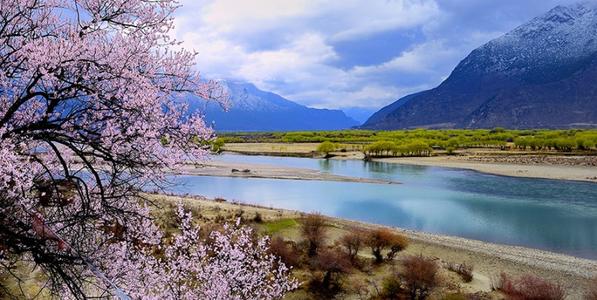 Kongpo folks dress a little bit differently from the rest of Tibet. The men’s hat (Yasha) is cone-shaped with an upturned rim of golden brocade at the bottom, and women wear (Dieu)­, a smaller pillbox hat with winged edges. 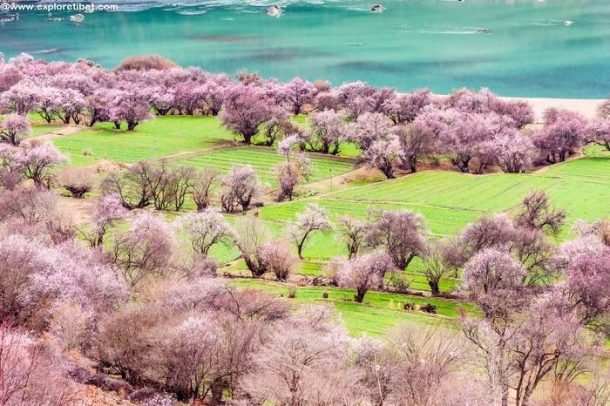 Peach Blossom in Nyingchi in April

Due to the heavy rainfall, their houses have slanted roofs, not flat roofs like Lhasa. Kongpo is probably the greenest place in Tibet with more species of flowers and trees. Unlike Lhasa and many other Tibet places, Kongpo’s greeneries are not planted or juiced to grow quicker. 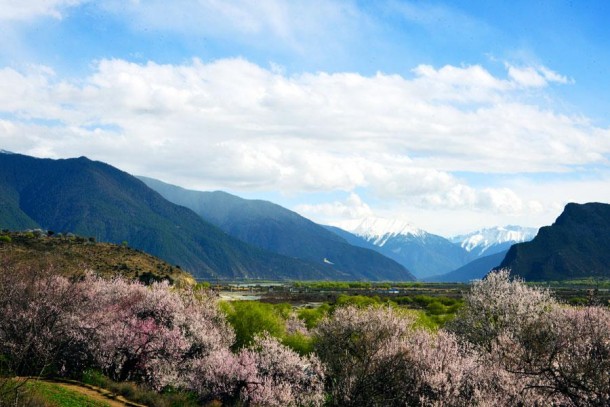 They have their green forests by nature all year round. Warmer, wetter, and more forested, Kongpo has numerous niches with a large concentration of rare animals and plants. Among the Chinese tourists, Kongpo is known for its Peach Blossom season, from late March to mid-April. That’s when people Chinese from mainland and off shore parts flock in to see the bloomed Peach blossoms. Kongpo has a few wonderful lakes and other sites; Basum Tso Lake, Mt. Nangcka Barwa, and a 2,500-year-old Cypress tree.

In short, Kongpo is one of the best to be in Tibet, composed of both authentic Tibetan Experience and a green environment lacking in the rest of Tibet. Explore Tibet has a few itineraries, or you can customize your own itinerary and include it. 14 Days Sichuan-Tibet Northern and Southern Route Combination, 11 Days Yunnan-Tibet Overland Tour, and more on Explore Tibet. 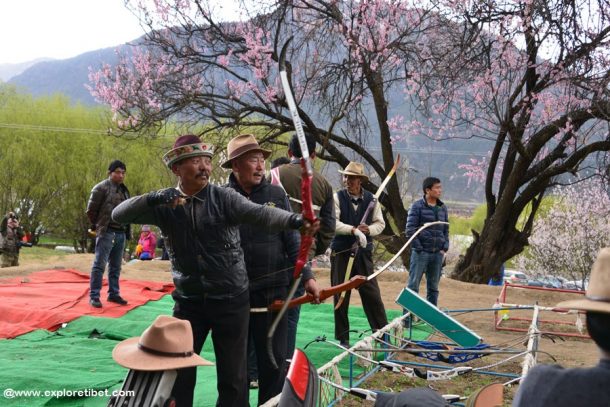 Archery at the Peach Blossom Festival in Gala Village