Gyirong – The Only International Gateway to Tibet | Explore Tibet 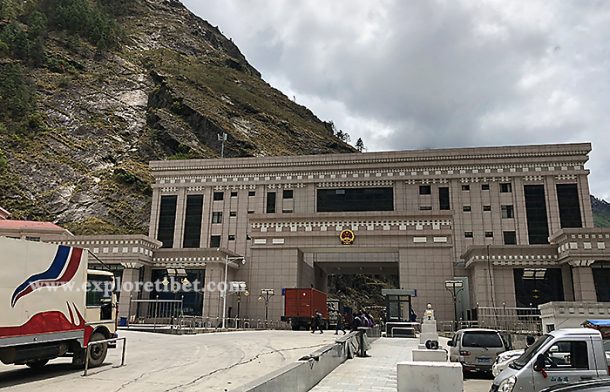 Located in the high Himalayas, on the high-altitude Tibetan plateau, Kyirong is also known as Gyirong, it is a small town that has suddenly become the main international gateway to Tibet – the roof of the world. And while the name, “Gyirong” conjures up ideas of traveling to Tibet and the famous border crossing from Nepal to the Tibet Autonomous Region of China. In reality, Gyirong is much more than just the gateway to Tibet from Nepal. Sometimes known as Kyirong, sKyid Grong, or Kerung, Gyirong refers to a village (now known as Dzongga), a town, a county, and a Tibetan language, as well as the pass that allows Overland travel between Nepal and Tibet, which is better known as Gyirong Port. Gyirong County lies in Shigatse Prefecture, some 750 kilometers to the east of Lhasa. It is in the southwest of Tibet close to the border with Nepal. It is the first place for stopping when traveling from Kathmandu to Lhasa. Zongga, the county seat of Gyirong County, is known in the local Tibetan dialect as Dzongkha. The main village in the area, where you will stay when you cross the border.

It is located at the south of Gyirong Town with distances of 67 kilometers. It is the last decent town before crossing the border into Nepal, or the first town you see after crossing into Tibet. Despite being on the Tibetan plateau, the town lies at an altitude of just 2,700 meters, making it one of the lower towns on the plateau. It is an ideal place to stop for a day or so to acclimatize to the higher elevations to come. At this lower elevation, the weather is a lot milder, and there is a higher chance of rain in the monsoon season. But all told, it is a quaint little place to stop, even if there is very little to actually do in the town. Gyirong Town has long been of major importance to cross-border trade between Nepal and Tibet/China. In ancient times, it was one of the main routes of entry to the Tibetan Empire. It was a predominant trade route for the Tibetans and Nepalese. With no actual plans to reopen the crossing at Zhangmu as yet, the crossing at Gyirong Port. The town has become major international tourist spots with thousands of new travelers crossing the border since it reopens.

The border crossing lies at around 1,850 meters above sea level and is the opposite checkpoint to Rasuwagadhi Fort. The Nepali Immigration checkpoint for inbound and outbound travelers. The border between Tibet and Nepal is the Trishuli River Gorge, known in Tibet as the Gyirong Zangbo River. The travelers must cross the Resuo Bridge in order to get over the border. Getting there From Lhasa

From Lhasa, the Tibetan regional capital, it is a distance of over 800 kilometers to the Resuo Bridge. It takes from five to fifteen days to travel the distance, stopping at various points along the way for the sightseeing opportunities in Tibet. All tours from Lhasa that are heading for Kathmandu follow the main route along the Friendship Highway in order to get to the border.

Currently, the only way to get from Lhasa to Gyirong Town is by driving, at least from Shigatse. There is a train that runs from Lhasa to Shigatse, Tibet’s second city, but from there it is only possible to reach the border by road. For those traveling all the way by road, the route normally follows the G318 Friendship Highway. Although, on most tours, the route heads a little south of the Friendship Highway to take in the sights of Gyantse first, with its Pelkor Chode Monastery and the famous Gyantse Kumbum.

After Gyantse, the route rejoins the Friendship Highway at Shigatse, and continues to the town of Old Tingri. Where those traveling to visit the Mount Everest Base Camp turn off towards Rongbuk Monastery and the world’s highest mountain. For those heading straight to Gyirong Town, the road continues as far as Xiamude, in Nyalam County of Shigatse Prefecture. From there, the route turns onto the S214 local road. It takes you past three stunning lakes of increasing sizes, Baikuimai Co, Langqiang Co, and Paiku Co.

After Paiku Co, the road climbs up to a small pass before dropping a huge distance to Gyirong Town. The last place to stop before crossing the border. The Resuo Bridge is just 24 kilometers from Gyirong Town, to the south, following the Gyirong Zangbo River all the way to the border. The route from Kathmandu is a little easier to travel and much shorter at only six hours and around 120 kilometers. Buses run from the Nepali capital to the border crossing at Rasuwagadhi Fort. Which is relatively cheap, albeit somewhat crowded and a little old. These local buses run the route several times a day. There is even a night bus that gets you to the border as the sun rises over the Tibetan plateau.

The journey follows major roads around Kathmandu, heading first west then north as it makes its way towards the Langtang National Park. Which the border crossing lies at the edge of. The roads are relatively good until the town of Bidur, from where they get progressively worse. It is mostly being gravel or dirt roads all the way to the edge of the bridge. Somewhat narrow in places. The roads do not seem to bother the bus drivers, who hurtle along at breakneck speeds, slowing down only for other vehicles traveling in the other direction. A road from Kathmandu to Gyirong

After around three hours of exciting travel (or frightening, depending on your outlook!). The expert and daredevil bus drivers pull into the side of the road at the edge of the bridge. You can disembark to feel your feet on Terra firma once more. Checking through Nepali customs, you have to walk the short distance across the bridge to the Chinese side of the border. The Chinese immigration office, where your tour guide and driver will be waiting for you. Local Nepalese stalls along the road

Join our Tibet small group tour from Lhasa to Nepal, 8 days and 7 nights, starts from Lhasa and end at the Kyirong / Gyirong Border, it cost only USD1100 per person with maximum 10 people, but normally only around 5 to 6 people in the group, departure dates are available almost every week and guaranteed departure. Gyirong border view from Nepal side